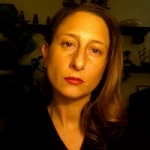 Gaia Giuliani (PhD: University of Torino 2005; Postdocs: University of Bologna 2009; University of Technology Sydney 2010) has been research assistant in Political Theory and Colonial and Postcolonial Studies at the University of Bologna (Italy), Dept. Social and Political Studies (2013-2015) and undergraduate supervisor at the Department of Sociology, University of Cambridge (UK) (2015). She has been honorary visiting scholar at the University of Technology Sydney, NSW (June2007-June2010), at the University of Leeds, UK (Oct-Dec2013) and at Goldsmiths College, University of London, UK (April-Dec2014).
Her research interests focus on visual constructions of race and whiteness from an intersectional viewpoint in British and Italian nation-building processes and colonial experiences, the US, the Pacific, and postcolonial Europe. Her methodology crosses Critical race and whiteness studies, Postcolonial Theory, Cultural and Gender studies and uses a number of texts (written and visual; political, literary, and scientific).
In 2014 she has founded with several scholars the Interdisciplinary/Intersectional Research Group on Race and Racisms (InteRGRace) that is based at the FISPPA, University of Padua.
In 2013 she has become Secretary of the Editors of the Italian academic journal Studi Culturali and a member of the International Advisory Board of the Australian academic journal Settler Colonial Studies.
In 2013 she has also become member of the international and interdiscipinary network White Spaces at the University of Leeds.

Her research project at CES (2015-) aims at a critical discourse analysis of texts coding ‘fears of disasters and crisis’ and their cultural, social, and political impact on European self-representations in terms of racial formations and ‘white fantasies’. In order to grasp how and to what extent ‘fears of disaster’ engender European self-representations, it investigates the emotional coding of ‘sameness’ and ‘otherness’ at play in modern unified Europe.
videos: https://vimeo.com/86045998